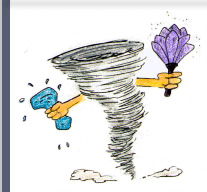 Expect minor chaos in the Sundance Office and Ready Room over the next two weeks. We start by moving everything from the Ready Room, including the airplane books, to the Office for a few days while the carpets are cleaned. Look for a sign on the Ready Room door while this is in progress. We will temporarily rekey the other door so that you can get into this room to get the airplane books. We apologize for the inconvenience while the Spring Cleaning goes on, but it does appear as though we have been able to induce better flying weather by the process so far!  ;-)

As one of our first observable changes we now have a working computer in the Ready Room. It is available for members' use for scheduling airplanes and for weather briefings. For the moment no hard-copy output is available, however we will add a printer soon.

The flight time sheets have changed in layout. You now have room for fuel receipts on the sheet and we have added a space to record the ending Tach reading. 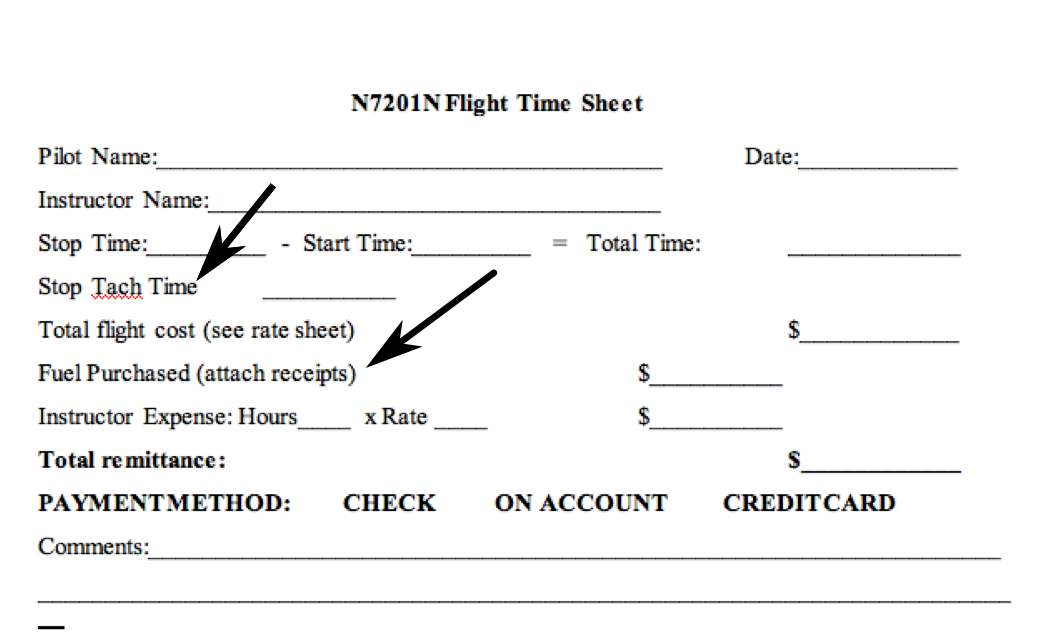 The purpose of the latter change is to allow us to more easily track the time remaining to the next 50 hour, and 100 hour inspections. For all airplanes except 01N and 18F, the elapsed Hobbs time is still the time used for billing.

As you may be aware, Santa Clara County and the City of Palo Alto are currently in discussions regarding the future of the airport. One immediate outcome has been the significant increase in fuel flowage fees and tiedown rentals. Our voice in all this is the PAAA (Palo Alto Airport Association). This organization has been instrumental in reducing some of these fees as well as providing the GATS jars for the airplanes. We strongly encourage you to join the PAAA (just $10 per year) and have membership forms in the office.

The Bonanza (7201N) went down to Palm Springs for the AOPA Expo and landed at Bermuda Dunes. Hotels were easier to book there, and were less expensive than those in Palm Springs. The Expo was more than just politics, although there was plenty of discussion on user fees (especially during the FAA Administrator's speech). One of the other keynote speakers, Jim Terpstra, gave an excellent presentation on the way in which the IFR environment will be evolving over the next 2-3 years. Sessions were available on such topics as WAAS and IFR Flight, Very Light Jets (VLJs), Using Internet Weather, Light Sport Aircraft (LSAs), and What Every Pilot Should Know About FAA Enforcement. The Expo is a mind boggling experience for pilots of any stripe. This year's Expo will be in Hartford, Connecticut on October 4-6th. Now there's a cross country!

Those of you flying IFR will have noticed that the approach plates have more and more RNAV approaches. These new approaches generally are designed as GPS ones. They provide vertical as well as lateral guidance. There is though one small catch - in order to use the vertical guidance you must have an airplane with a WAAS equipped GPS. To date the only WAAS enabled GPS is the Garmin 480 (also known as the Apollo CNX-80).

Garmin has now obtained certification for modified 430 and 530 units. New GPSs, known as 430W and 530W are about to ship. Retrofits to existing units will probably start in late February. We expect our upgrades to occur a month or two after this. Watch this newsletter for updates on progress.

Each month we will feature one of our airplanes available for rental. The newsletter article will be brief, and more can be gained by going to the Fleet Page on our web site.

N2865M is the Club's 1978 Piper Archer. The Archer is the 180 hp version of the Cherokee line and so boasts better performance than the more common Piper Warrior. The Archer is considered to be an ideal advanced IFR trainer, and 65M is no exception. Its panel is centered around a Garmin GNS-430 gps with terrain capability. Additionally, 65M has a Northstar M1 Loran and a digital Comm 2/Nav 2. These features make 65M the airplane of choice for trips to airports such as Half Moon Bay, which only have GPS approaches. 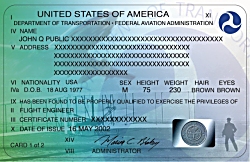 Congratulations to two of our members who obtained new ratings in the last month.

Rich Prillinger passed his CFI test on his first attempt. This is a huge achievement as these checkrides are under close scrutiny from the FAA (the oral alone is routinely 4 hours long!). Rich will be joining our CFI ranks once he takes a short but well earned break. Rich's instructor for the CFI was Fred Thomas, our Chief Instructor.

After many false starts and multiple airplanes, Evan Williams passed his multi-engine commercial checkride. After starting in the former Sundance Duchess, He and Heather Wagner, his instructor, commuted to LVK to fly a Seminole for the final push.